Growing up, I was taught “walk on the left; ride on the right,” but I’ve been on plenty of rides where I’ve passed someone riding on their left. So, I began to wonder, is that is even legal? Which side of the road should you ride your bike on?

You should ride your bike WITH traffic, NOT against it. Riding against traffic is ALWAYS illegal and unsafe. But a lot of people aren’t convinced. Let me explain why, and show you a map of where it’s illegal.

To be more specific, It’s illegal in the US. Most states require that you either stay as far right as possible or that you at least follow all local traffic laws a car or motorcycle would. People have plenty of arguments about which side of the road is safer. So, I’ll help put that to rest.

Traffic can’t see you (and isn’t looking for you)

When you are driving a car, you don’t usually expect to see a cyclist riding against the flow of traffic. That makes it especially dangerous because it’s much harder to see something that you aren’t looking for.

For instance, if a motorist is turning right, they may only look for oncoming traffic. Without looking to the right at all, they’ll turn into traffic thinking that no one is coming. If you are riding against traffic, you’ve unknowingly put yourself at a higher risk for danger.

Everyone has less time to react

Riding a road bike at 13-17 mph is pretty average. On local roads, cars may only be traveling 30-50 mph, and they’ll most likely slow down near you. So, if you are riding with traffic, they’ll only pass you at 15 mph, but up to 35 mph. That is a really reasonable speed for the motorist to react to a surprise cyclist. Especially if there is a decent amount of traffic blocking their view. It is very important that you ride with your lights on to make sure you are highly visible, even during the day.

You get hit harder

I hope you NEVER get hit by a car, but if you do. I hope it’s traveling in the same direction that you are. If a car hits you from behind, ideally, it will only be traveling at a relative speed around 15-20 mph. Compare that to a head on collision with a car that would be a relative impact speed of about 50 mph.

As well, your body is designed to take take a greater impact from behind. So, an impact with a car head on has a much greater potential to cause incredibly higher amounts of damage. I’d rather land back first into a windshield instead of head first.

No really, you get hit 9 times harder! It’s physics!

If you aren’t a physics nerd like me, go ahead and skip to the next section. If you are a physics nerd, you’ll also know that momentum matters when calculating accelerations in collisions. A human and a bike may weigh 230 lbs and be traveling at 15 mph. Forgive my units, but that’s a “momentum” of 3450 lb*mph. A small car with one human in it weighing around 3,200 lbs and traveling 30 mph will have a “momentum” of 90,000 lb*mph.

That results in the car having over 95% of the momentum in the system. So, assuming a relatively inelastic collision, when a car hits you, you very quickly match the speed of the car, and the car basically doesn’t change speed. If that difference is only 15 mph, like when you are traveling in the same direction, it’s not that bad. When that difference is 45 mph, like when you a traveling in opposite direction, it’s really bad.

This might not seem like it applies directly to you, but you are expected to follow the rules of the road just as much as cars are (by law and socially). If you can’t read a sign, you can’t tell if there is a particular rule that you are missing.

If you don’t realize that there is a stop or yield sign, you could easily blow right on through an intersection or pedestrian crossing without realizing someone else is coming through too. It is so easy to follow the rules, that you really can’t make a good excuse to put yourself and everyone else at greater risk by ignoring them.

I really didn’t think about this one at first, but I imagine would be abundantly clear if I were to try it on a night ride. If you are riding while opposing traffic, you have a front-row seat to stare directly into a lot of headlights.

You may not go blind permanently, but temporary blindness, or just a little bit of confusion as to where the edge of the lane is can quickly put you in front of an oncoming car that isn’t expecting you. Riding at night is already dangerous. Ride with bright lights that draw attention to you and your bike, and ride with the flow of traffic. Your eyes will thank you.

But you are supposed to walk on the left

This is the reasoning I can most relate to. When I was young, I couldn’t ride much faster than my parents could walk. So, I would stay on the left side with them. It was the safest thing to do. However, once I was able to ride faster, they told me to ride on the right side.

The biggest difference between walking and riding, in my mind, is that, while walking, you are basically standing still compared to a car. Whether you are going with or against traffic, you aren’t giving them more or less time to react to you either way. By walking against traffic, you offer yourself the opportunity to get off the road entirely.

That is the second biggest difference. Walking makes it a lot easier to get entirely off the road when that is an option. So, even though you are most likely harder to see while walking, you are also much harder to hit than a cyclist who has to stay on the road.

It’s what other people anticipate you doing

If you are using the road, then people in cars will expect you to follow the rules of the road. If you just go right through a stop sign or stoplight without stopping, you are putting yourself and everyone else at risk.

There are some times when you may think you have the right of way, but remember that physics doesn’t care what SHOULD have happened. A 4,000 lb car will is a lot harder to slow down and maneuver than a 200 lb bicyclist. So, choose your battles wisely. If you follow the rules, it will be a lot safer for everyone.

Here is an article on each state’s bike laws from Bike League. It was the major resource I used for this map. You can get some more specific details on each state there.

I hope that all of this information can help you ride on the road with confidence and that you’ll be able to teach it to others as well. 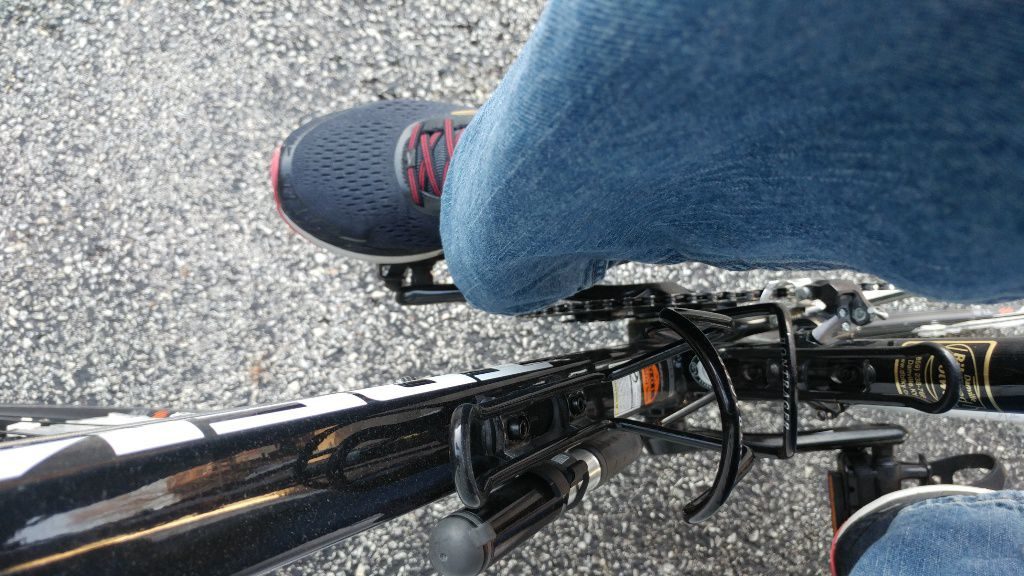 8 ways to protect your pants while riding a bike

Maintenance,Riding and Training
The easiest way to protect your pants is to roll your right pant leg up. The most protective way is to pack them into a bag and wear a pair …
Read More 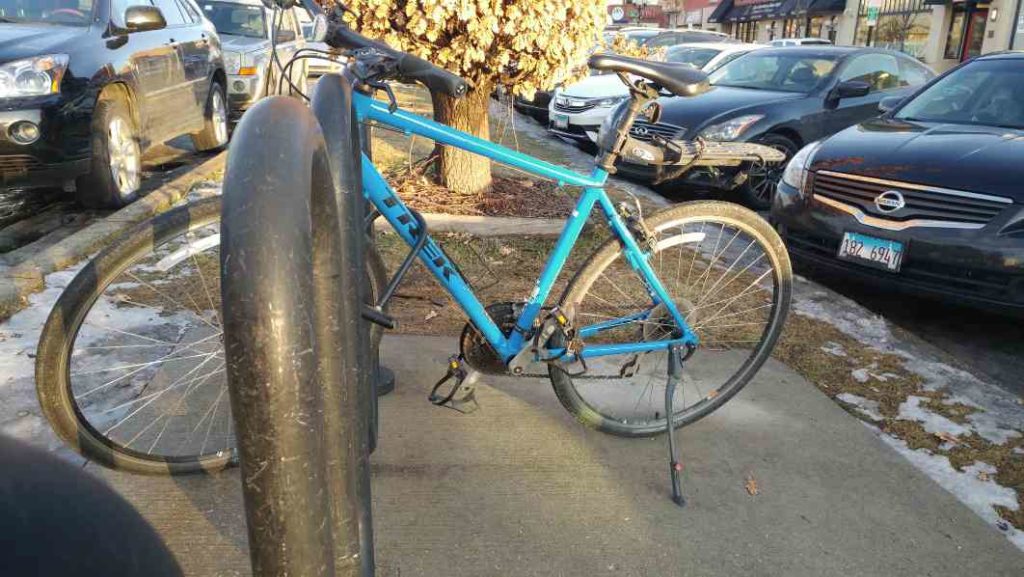 How far is too far to bike commute?

Riding and Training,Safety
Bike commuting a one-way distance of at most 10 miles is perfectly respectable. Much more and it can easily become a problem. You’ll need to take more …
Read More 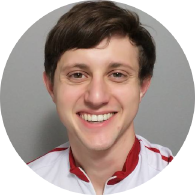